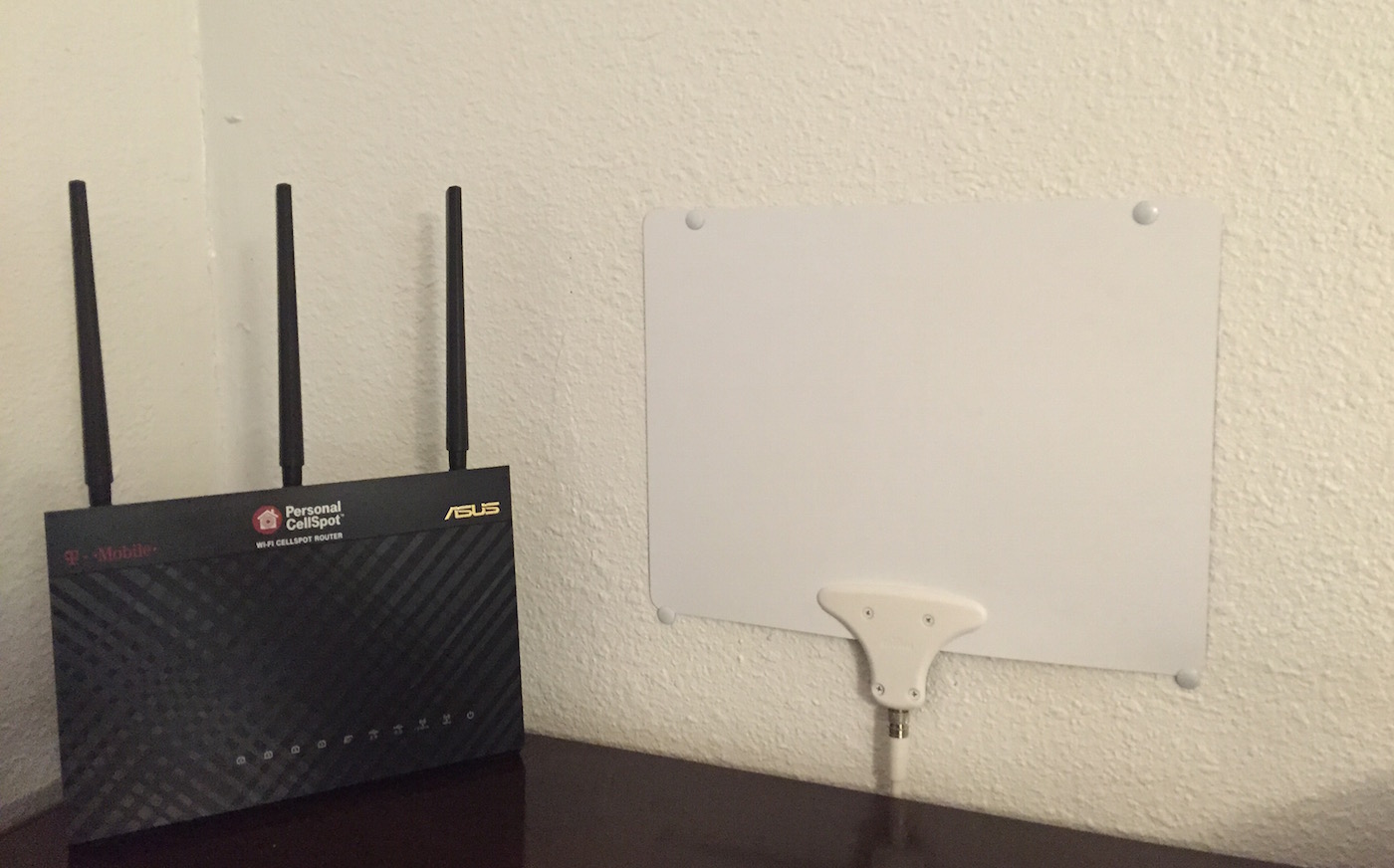 Editor’s note: This story was originally published in August 2015.

Two months ago, I wrote a piece that argued in favor of sticking with traditional pay TV service like Comcast or DirecTV because it might be cheaper in the long run than trying to replicate the offerings of cable or satellite TV with new a-la-carte online services like Netflix, HBO Now and NFL Sunday Ticket.

In making that point, I completely neglected one other way to get television: Broadcast. Millions of Americans still depend on over-the-air television to watch shows, sports and local news — either as a primary way of watching TV or supplemental to streaming services.

Compared to cable and the streaming services, broadcast has one big advantage: It doesn’t come with a monthly fee. All that’s required is an investment in an antenna — and there are a lot to choose from. Indoor, outdoor, roof-mounted, TV-mounted, flat, spiky — the options can be a little overwhelming, especially if you aren’t sure what to look for.

As a cord-cutter myself, for years I’ve found value in the Terk Amplified indoor antenna, which has long been considered one of the top antennas on the market. But that’s changed since I got my hands on the Mohu Leaf 50 antenna sent to me by a marketer who read my piece on cord-cutting and swore that I’d throw away my old antenna once I started using the Leaf 50.

After more than a month using the Mohu Leaf 50 antenna, I can tell you he was right. The Mohu is now my primary antenna. And the Terk is now sitting in a box waiting to be sold on Craigslist.

Here’s the thing about antennas: They’re often marketed with a lot of claims and promises supplemented with a lot of bells, whistles and wonky designs. The Mohu Leaf 50 antenna is no different: It makes a lot of claims on the box (inspired by military grade technology! Patented! Pulls in a signal from 50 miles away!), offers a ton of bells and whistles (Cleanpeak Signal Filtration — Cleanpeak is trademarked; 4KTV ready — even though nobody is broadcasting in 4K yet; Dual Flexible Power — whatever that is) and comes in an unusually-flat design with the promise that you can set this antenna up anywhere — even behind a picture frame — and receive all the stations you’re supposed to receive.

Mohu also proudly promotes that its hardware is made in the United States. Normally, being made in America isn’t a strong point for electronics, but here it seems to be something that Mohu is particularly proud of — so much so that the packaging is emblazoned with an American flag. Patriotism? Check.

Often, the more gimmicky the product points, the less likely the actual product is to work. Not true with the Mohu Leaf 50 antenna, though — I have no idea if the antenna is actually inspired by battlefield technology or if the “Cleanpeak Signal Filtration” is any different from a regular amplification system found on other antennas.

What I can tell you, though, is having used the Mohu for more than a month, the thing works better than any antenna I’ve ever used before.

One of the biggest legs up Mohu has with its Leaf 50 antenna compared to its competition is, undoubtedly, the antenna’s paper-thin form factor. The design allows it to be mounted just about anywhere in the home, though Mohu suspects you’ll probably want to attach it to a wall or behind the TV set, and the antenna comes with the proper mounts for those two scenarios (push pins for mounting to the wall; adhesive velcro buttons for mounting behind the TV set).

Unlike other antennas, which are mostly designed to sit on top of a TV set or an entertainment console, the Mohu can be mounted anywhere in a room — down on the floor, high on a wall, or even on the ceiling if needed. Mohu claims that the antenna doesn’t need to be pointed in any particular direction, but in my testing I found that to be untrue — where you decide to mount the antenna has a pretty big effect on which stations you’ll pull in and how consistent the antenna will lock onto a signal.

Like most people, I initially thought positioning the antenna in or near a window would pull in the best signal, but after fiddling with the position of the Leaf 50 antenna I found that a wall about 15 feet away from the TV set actually offered the best spot to receive all the stations for my local market. And not only did it pick up stations from my area, it actually picked up a handful of stations from another TV market some 60 miles away — stations that I’ve never been able to receive before.

Not the Leaf 50 antenna — and that might be why the antenna works so well. You don’t have to worry about moving furniture or the TV around the room. You just have to move it around from wall to wall, and then move it around the wall itself, until you find a spot where the signal comes in the strongest. At the end of the day, I wound up with over 50 digital TV channels — 20 more than I was ever able to receive with the Terk Antenna — from transmitters between 25 and 60 miles away from my home.

That said, this antenna isn’t going to be for everyone. The amplifier and the design is intended for people who live quite a distance away from a metro area. If you live well enough outside of a city and you find you’re having trouble pulling in a signal or getting all the stations you know you should, the Mohu Leaf 50 will be a godsend (it works so well, I’ve since purchased a second one for another TV set).

But if you live in a city, you’re better off picking up the Mohu Leaf Metro or the Mohu Leaf 30. Both antennas are made from the same kind of material as the Mohu Leaf 50 but without the added amplifier (giving extra, unneeded power to an antenna can actually overpower a signal, making it useless). If you aren’t sure what kind of antenna you need, use AntennaWeb.org to determine the distance between your home and the broadcast transmitters for your area.