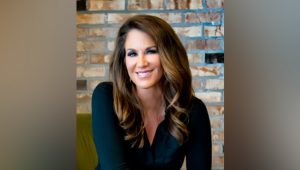 Cristina Mendonsa, a former television news anchor who has been reporting for Sacramento news radio station KFBK over the last few months, has been tapped to co-host the station’s flagship morning drive news program. The announcement was made in a press release Thursday one day after The Desk reported long-time broadcaster Amy Lewis was dropped immediately after her Wednesday morning show had ended. “We’re thrilled to have Cristina join iHeartMedia Sacramento as co-anchor/host of the KFBK Morning News,” an iHeartMedia executive said in the release. iHeartMedia is the parent company of KFBK (1530 AM, 93.1 FM). Mendonsa has been producing reports for the station, some of which are distributed via a podcast. She previously worked as a weekday news anchor at KXTV (Channel 10) where she appeared weekdays for more than 20 years until her contract expired last year. Mendonsa … Read more