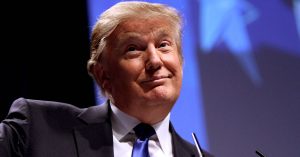 A television station in Georgia has fired a long-time political commentator for some colorful comments he made about former U.S. President Donald Trump during a recent news broadcast. This week, Atlanta ABC affiliate WSB-TV (Channel 2) said it had parted ways with communications strategist and political analyst Bill Crane, who has worked with the station since 2006. The dismissal came after Crane appeared during a news broadcast to offer insight on a probe conducted by the Fulton County District Attorney’s Office into Trump’s attempt to persuade local officials to overturn last year’s election results. Among other things, Trump asked local officials to “find” enough votes for him to be declared the winner in that state during a phone call that was recorded. During a Sunday evening news broadcast, Crane referred to Trump numerous times as “Orange Man,” a nickname that … Read more