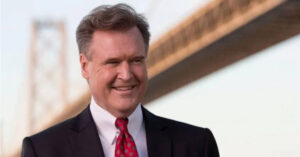 Long-time KTVU news anchor Frank Somerville says he will not be returning to the news station after his contract with the broadcast outlet lapsed with no renewal. “I am done at Channel 2,” Somerville said in a phone interview with the Bay Area News Group, which broke the news of his departure on Friday. Somerville said a DUI incident and arrest that occurred in late December had “nothing to do with” his departure, adding that newsroom management had expressed a desire for him to leave “long before that.” In recent months, Somerville has clashed with newsroom executives over the direction of stories that have appeared on KTVU’s newscasts, including a September 21 incident in which he repeatedly pushed producers and others at the station to include a commentary on racial injustice. The Bay Area News Group said sources at the … Read more

KTVU’s veteran newsman Frank Somerville is once again absent — this time due to a conflict with newsroom management.

After more than two months away from the anchor desk, KTVU anchor Frank Somerville returned to the air on Wednesday.

Television news anchor Frank Somerville is taking an extended leave of absence to focus on his health, his employer confirmed in a statement this week.