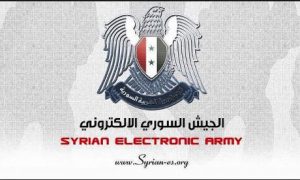 They call themselves the Syrian Electronic Army, a group of four young students angered by what they consider is the spread of misinformation and lies by foreign news organizations. To date, the group has claimed attacks on dozens of Twitter accounts and at least two blogging platforms belonging to western news organizations — all in the name of defending their homeland.

Their targets include some of the largest news organizations in the world, including Agence-France Presse, Al Jazeera and Thomson Reuters. In April, a tweet they sent from a compromised Associated Press account caused the Dow Jones to drop more than 100 points.

Occasionally dismissed by security experts as a nuisance, their antics have captured the attention of the Federal Bureau of Investigation and the U.S. Army. Both agencies warn that more attacks by the SEA are to be expected.

In May, The Desk interviewed with two Syrian Electronic Army hackers — “Shadow,” a hacker who conducts phishing attacks for the group and “Th3Pr0,” one of the group’s leaders. It was the first comprehensive interview with leaders from the group, offering insight on the collective’s makeup and tactics that had, up to that point, been a mystery.

This event has concluded — click here to read the transcript